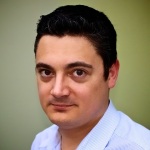 If you do find them time, for many pupils, speaking in the classroom involves being put in a very tricky spot. Not only do they have to say something of consequence in front of their teacher and fellow pupils, they also have to pronounce all those strange sounds correctly, while ensuring that they get the grammar right. Rather them than me!

As a foreign languages educator, Voki has provided me with a fantastic way to assess my pupils’ speaking ability, whilst providing them with a means to speak the language in a way they find both engaging and motivating, and that builds their confidence. Speaking in the foreign language is no longer stressful or fear-inducing, but rather an activity they look forward to.

My pupils don’t use Voki in every lesson. Approximately once every half term, I plan a series of lessons that culminates in my pupils using Voki as a means of assessment. I generally follow this pattern:

As mentioned above, Voki can be accessed both at home and at school, facilitating the transition from teacher-centered, classroom-based learning to personalized learning in which the pupil begins to acquire individual responsibility.

Voki is a Web application, and the Web is where our pupils are spending more and more of their time. Voki is also inherently fun and engaging. All this serves a powerful motivator to our pupils and should not be disparaged.

Still, for me, one of the most striking and unexpected advantages of using Voki in the languages classroom is that it has made it possible for the quieter pupils to make their presence felt and be heard. In my experience, it has often been the case that it is indeed these pupils who have produced the most remarkable Vokis, often outshining their more lively and vociferous counterparts.

In addition to providing me with both a fantastic way to assess the speaking skill and with evidence of learning, all my pupils have gained confidence in their speaking ability as a result of using Voki in this way. Voki has catalyzed pupils’ interest in all things Web and has helped to increase my pupils’ self-assurance when it comes to speaking in a foreign language by allowing them to role-play and become someone else: a more confident self.

8 thoughts on “Voki in the Languages Classroom”